Canada’s Greatest Bavarian Festival was founded in 1969 after observing the successes of the Bavarian tradition previously celebrated at the Concordia Club. Identifying the opportunity to share and celebrate Kitchener-Waterloo’s unique German-Canadian heritage, a handful of dedicated volunteers launched the first official Kitchener-Waterloo Oktoberfest on October 14, 1969.

With $200, and a vote of confidence from the Chamber of Commerce, the small group of volunteers attracted just under 75,000 visitors, brewed 57,000 gallons of beer, and consumed 50,000 pounds of sausages, pigtails, and sauerkraut.

Since then, Kitchener-Waterloo Oktoberfest has evolved into a much larger festival. In fact, it is the largest Oktoberfest celebration outside of Munich, Germany. The community-owned festival takes pride in maintaining its traditions, while representing the interests of the newest generations of “festers.” A team of 8 full-time employees and 500 volunteers co-ordinate the nine-day festival, which attracts over 700,000 attendees from all over the world. It also contributes a significant amount to the social, economic, and cultural vitality of Waterloo Region, best exemplified by its support of the more than 70 not-for-profit organizations who raise a total of $1.5 million each year through their association with Kitchener-Waterloo Oktoberfest. 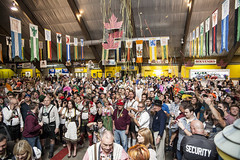 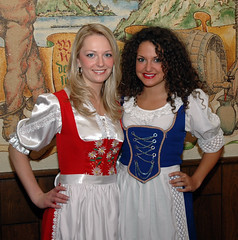 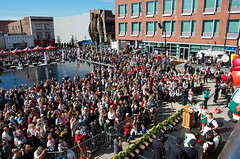 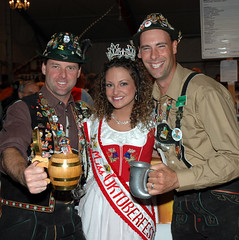 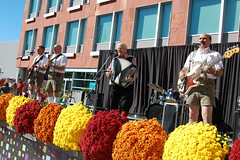 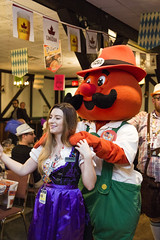 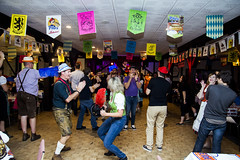 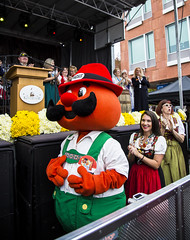 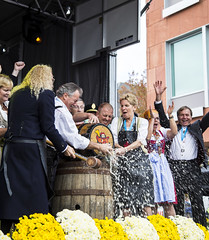 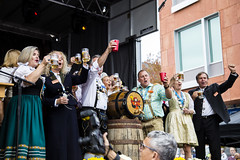 Also in this category:

Fear of missing out?

Stay in the know with local buzz, upcoming events, and what to see & do in Waterloo Region delivered right to your inbox each month!